The Lexus LC500 is a very striking car. On the road, there are few sub-$100,000 cars that can turns heads like the LC. One downside of the car’s amazing bodywork is that it distracts from the little details that Lexus spent time engineering. That is why Lexus decided to put a very special LC500 on display at the 2017 Frankfurt Motor Show. This “see-through” car allows people to see underneath the car’s usual bodywork to admire the mechanical beauty such as high-quality bearings, steering and driveline components, and other engineering features. 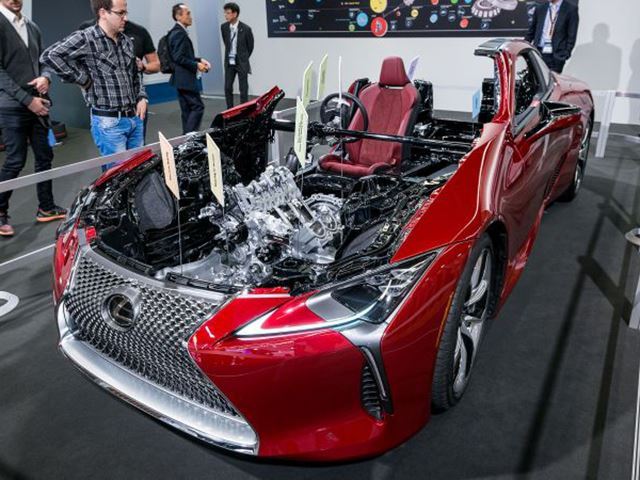 We love the interior of the LC500, but it is cool to see how it looks without all of the expensive leather and trim pieces covering up all of the complicated stuff. The 10-speed transmission is clearly visible and takes up the same space as the company’s eight-speed unit. The two extra gears allow the transmission to have 20 percent wider ratios over the eight-speed, while still retaining the same weight thanks to the use of aluminum. The steering column shows off variable gear ratios that can reduce effort at low speeds and raise it at high speeds. The steering shaft is large to increase rigidity and reduce vibrations felt through the wheel. 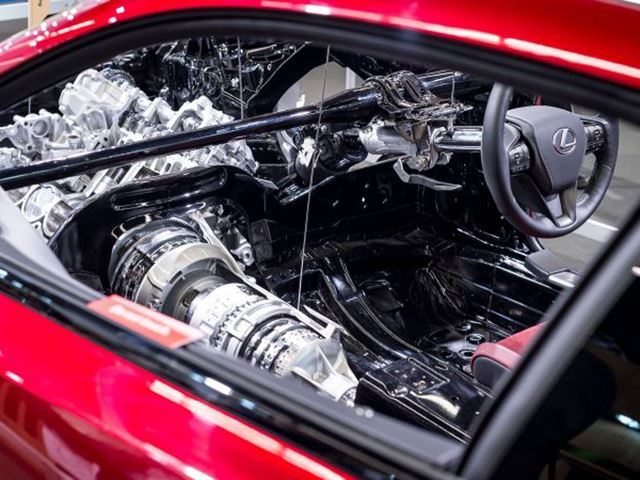 Lexus also cut open the differential, so that we could see the engagement of planetary and side gears. This Torsen Type-B differential allows the car to distribute torque among the rear wheels to stabilize the car with minimal steering correction. That power is sent to the rear wheels by a 5.0-liter 2UR-GSE V8 engine. This display model has an exposed engine that shows off the 471-hp mill. The engine has electronic variable timing that allows it to run on two different combustion cycles (Otto for when power is needed and Atkinson for fuel economy in cruising conditions). 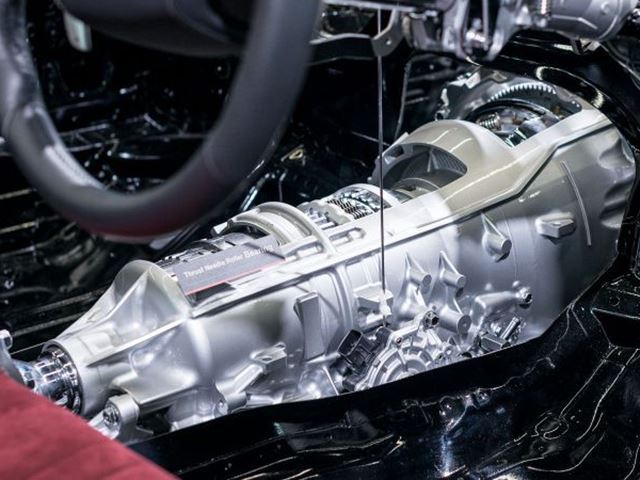 The final cool feature on this display is the unique wheels. The LC500 is the first car in its segment with 21-inch wheels, and the first to be carved from a single billet. This process creates a stronger wheel that is also lighter. Lexus even cut off one third of the wheel’s circumference to show off the hub that normally hides behind it. This was a truly unique way for Lexus to show off all of the engineering that went into making the LC500 so special. 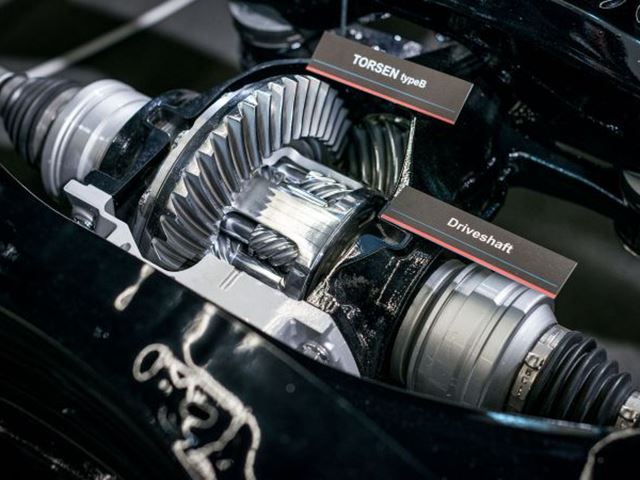 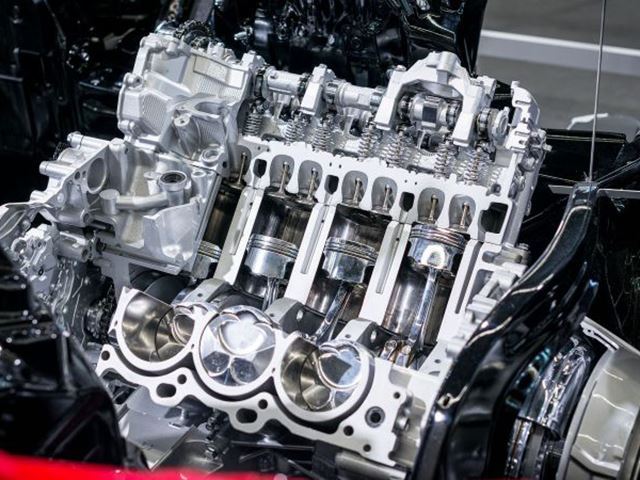 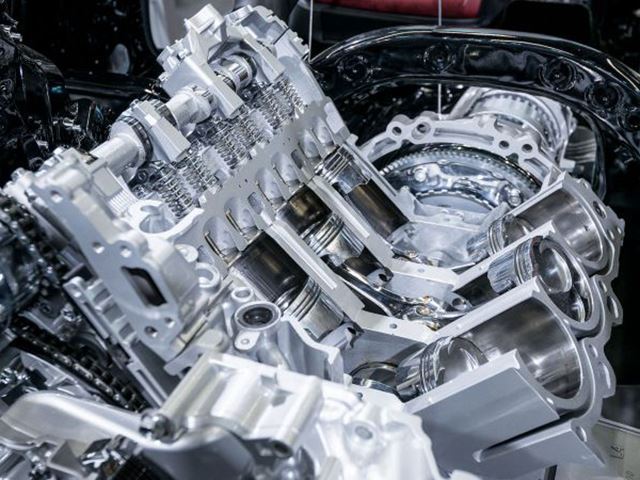 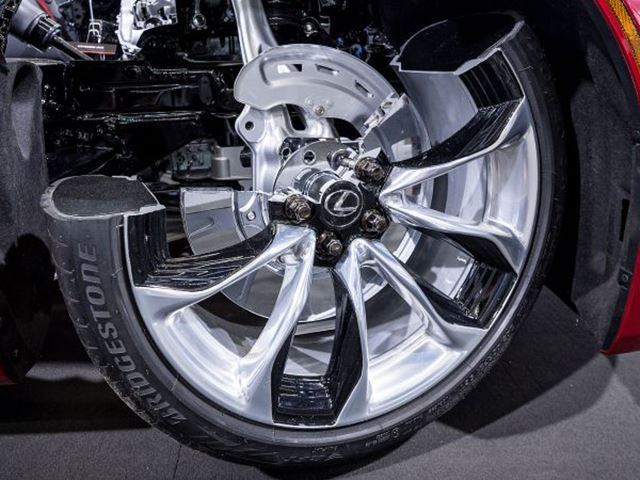 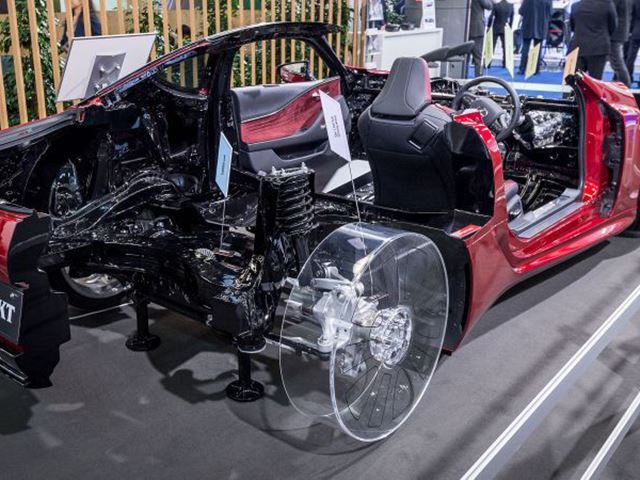